WE WILL RANDOM THE SPOTS AND WILL HAVE A HIT DRAFT ON CARDS!!

Looking back at the Yankees great, 2022 Topps Stadium Club Members Only Derek Jeter Baseball covers Derek Jeter exclusively in the 40-card base set known as "The Captain's Career." The set starts with the 1992 MLB Draft, where Jeter was taken sixth overall by the Yankees and continues until his Baseball Hall of Fame election.

Numbered to 40 copies, every box contains the full base set. Each box also adds two Gold parallels (#/2) and one Members Only parallel (1/1). 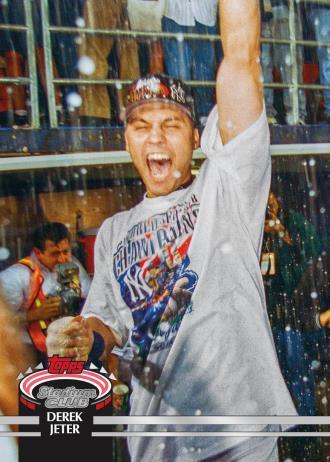 Taking things up a notch is the special commemorative Yankee Stadium replica case that houses each base set.

On top of that, every box of 2022 Topps Stadium Club Members Only Derek Jeter Baseball promises 14 autographed items.

Look for five on-card autographs per box from the encased The Captain's Career Autographs (#/5) series. Just like the base set, there are two Gold (#/2) editions and one Members Only (1/1) card in each box. 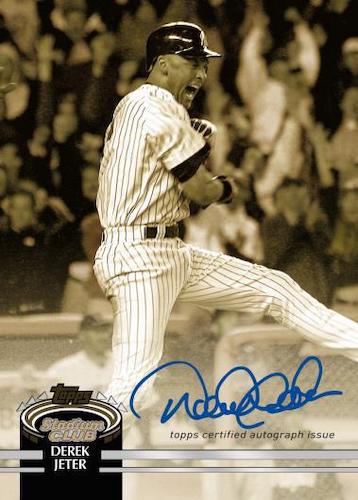 The Beam Team Autographs (#/3) set is another box hit. The classic insert highlights his 14 All-Star Games, five World Series titles and Hall of Fame induction via the hard-signed and encased cards. Chase the one-of-one Members Only parallel. 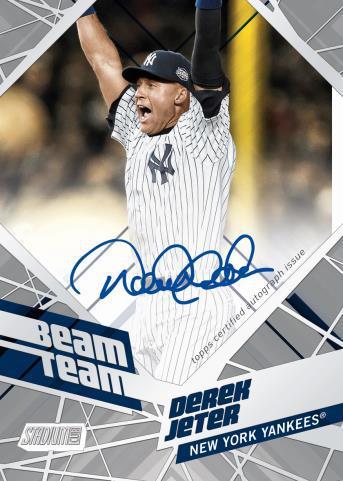 Other autographs appearing in each box include the on-card Quadrumvirates (1/1), with 10 groups of four die-cut cards that interlock. Offering game-used gear, the 20-card Autographed Quad Relic (#/3) insert provides more hard-signed cards for Jeter. 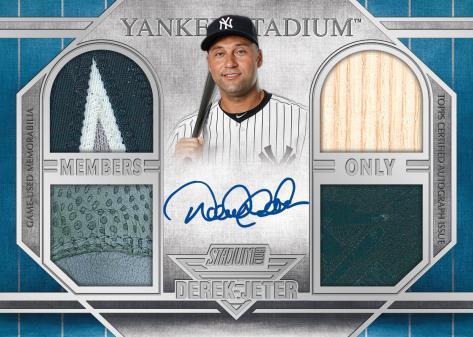 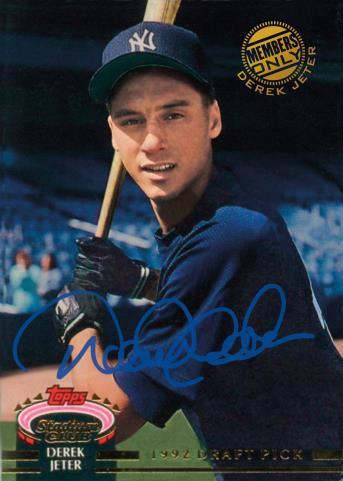