Again using the Season Ticket moniker for the base set, 2018 Contenders NFL collectors can expect one parallel per box. 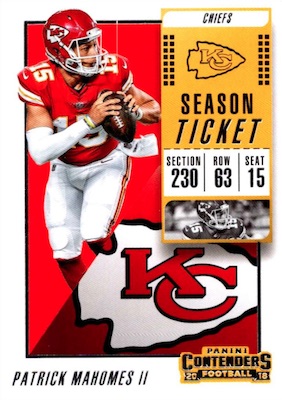 In addition, the 2018 Panini Contenders Football inserts combine to average one per pack. The choices include previous lines such as Legendary Contenders, MVP Contenders and Rookie of the Year Contenders, plus Round Numbers and Team Quads. 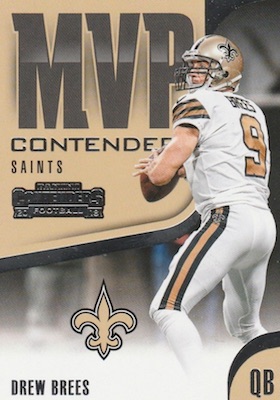 Among the rarest inserts are the Hobby-only Silver Ticket (#/2) and 14k gold Golden Ticket (1/1) cards.

Most collectors will agree that the Contenders brand is all about the popular and the 2018 Panini Contenders Football checklist even rolls in a few new options this time around. Leading the way, the on-card Rookie Ticket RPS subset features many of the standout rookies. Ticket parallels include Playoff (#/99 or less), Championship (#/49), Cracked Ice (#/24), and Super Bowl (1/1). 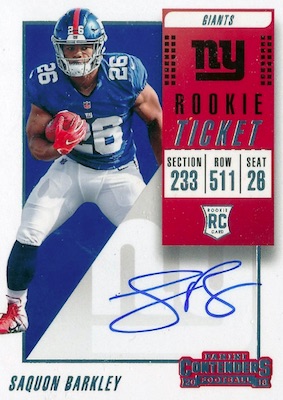 Debuting in 2018 are the Rookie Ticket Stub (#/99 or less) cards that display the look of a torn stub in the form of die-cutting at the top. Done on acetate, Rookie Clear Ticket (#/10 or less) is another new choice. Both of these parallel the Rookie Ticket base and variation cards. 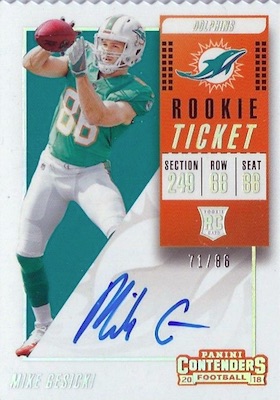 Moving to the Hall of Fame players, Contenders to Canton Autographs (#/20) looks back at the earliest Contenders card for various all-time greats alongside a photo of their enshrinement.

Doubling up, the top rookies see more coverage in Round Numbers Dual Autographs. Every multi-player card showcases two players selected in the same round. 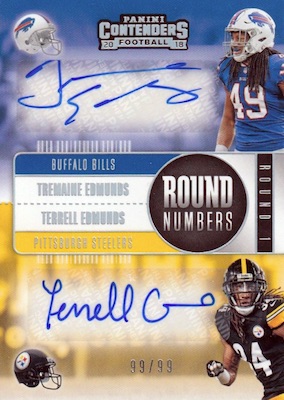 Back to Football Boxes